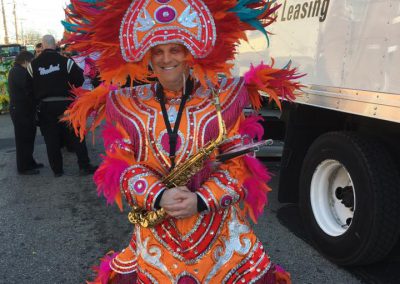 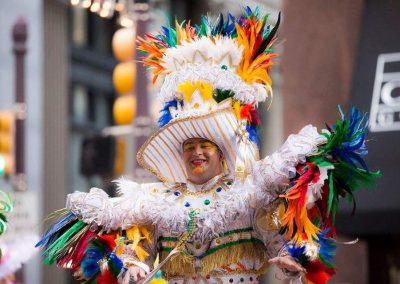 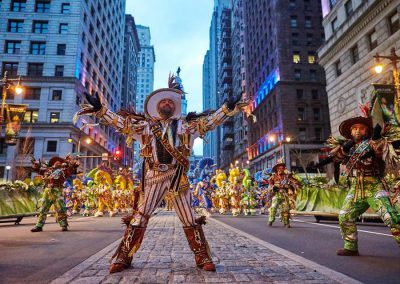 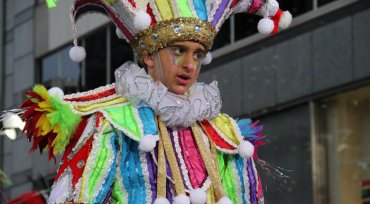 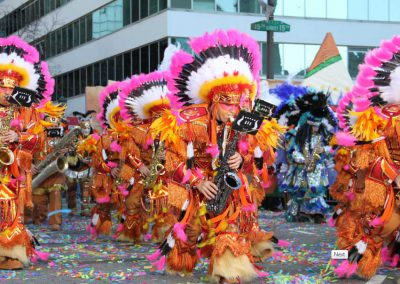 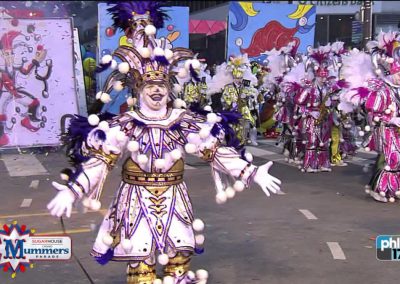 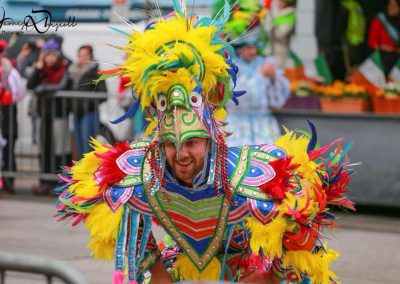 Nine men in the Southwest neighborhood of Philadelphia, PA organized the WOODLAND STRING BAND on February 4, 1926
The name of the band was derived from the main thoroughfare of the southwest section of the city – Woodland Ave. – where the majority of the founding members lived. WOODLAND relocated to the Two Street section of South Philadelphia on July 1, 1990. Two Street is commonly known as Mummers Row in Philadelphia. There are more than twenty-five Mummers clubs along 2nd St. in South Philly.
The members of Woodland are quite proud of the fact that the band has never missed an appearance in the annual Mummers Parade. Woodland has the second longest consecutive marching record for participation in the Mummers parade.
Over the years the Woodland String Band has performed on thousands of occasions. Many of the band’s performances have been for dignitaries such as President Franklin D. Roosevelt, President John F. Kennedy and President Richard M. Nixon. Woodland has also had the great honor of performing for Prince Philip of Norway and Her majesty Queen Elizabeth II of England during their visits to Philadelphia during the countries bicentennial celebration in 1976. In September 1999, Woodland was chosen to travel to Toronto and Montreal, Canada to represent the State of Pennsylvania s Tourist Board in an endeavor to attract Canadian tourism to the Keystone State. Since 2000 Woodland has traveled to Macroom, Ireland, Grand Cayman, Myrtle Beach, South Carolina, Wells, Maine, Shirley, Massachusetts, Milwaukee, Wisconsin, Port Arthur, Texas, Portland, Oregon, Decatur, Illinois and many other towns and cities through the United States. While the members enjoy the travel, they also take the responsibility of being ambassadors for the great city of Philadelphia and the tradition of Mummery extremely serious.
All of the members of the band are volunteers and receive no compensation for their performances. All money raised by the band goes toward the expenses for the coming year’s competition on New Year’s Day. An average New Year’s Day performance can cost the band in excess of one hundred thousand dollars. By rules of the New Year’s Day parade, each band must perform and original theme with new costumes each year.  Mardi Gras Southeast Texas is proud to have the Woodland String Band parading with us on Carnival weekend in Downtown Beaumont!

ONE HEART – ONE SPIRIT